It’s official: Brexit has now taken effect as of 11pm on 31 December 2020. It is no secret that this will have a major impact on almost every area of life in the UK. Perhaps one of the most significant changes will be the UK’s immigration system – the shift from free movement to applying under a Points Based System (PBS) will be nothing short of seismic for Europeans hoping to live, study and work in the UK. In short, almost everyone entering the UK from 1 January 2021 (and who is not British or Irish) will either need to limit their stay to a maximum of 180 days and undertake activities permitted for visitors, or they will need to apply in advance for immigration permission if they plan to stay longer or undertake additional activities. For those falling in the latter category, an application is likely to be made under the new PBS – this is the regime which governs the vast majority of UK visa routes, including sponsored work visas and student visas.

We outline below some of the headline changes under the new PBS, which was rolled out at the start of December 2020 and now applies to all non-British/Irish applicants – including Europeans entering the UK from 1 January 2021.

As with the previous PBS, any company wishing to sponsor a worker will need to first apply for a Sponsor Licence. Those which already held a Sponsor Licence under the old PBS have had their licence automatically converted to the new PBS. Those who do not hold a licence are strongly encouraged to apply immediately if they plan to hire non-British/Irish workers from 1 January 2021. It is worth noting that this does not apply to hiring EU workers who were in the UK by the cut-off date of 31 December 2020 at 11pm, and who apply for status under the EU Settlement Scheme by the deadline on 30 June 2021 – these individuals are protected under the Withdrawal Agreement and do not require sponsorship under the new PBS.

As mentioned, the previous PBS has been closed to new applicants and replaced by a new PBS – this regime will apply to almost all non-British and non-Irish individuals planning to live, study or work in the UK. The application process will stay the same for non-EU applicants (e.g. US citizens) however EU citizens will complete a slightly different process – they will need to submit the same application form and documents, however they will not be required to attend a biometric appointment unless specific circumstances apply. Regardless of the process, the applications themselves will be considered against the same substantive criteria – meaning there is little advantage to being an EU citizen compared to other countries in the world when it comes to UK immigration.

The above is a summary only as we cannot begin to cover every single update in one place – needless to say, there are huge changes afoot and it will take some time for the UK’s new PBS to be fully bedded in. For non-EU applicants, most of the changes will be overwhelmingly positive. For EU applicants, this will likely be a jarring change compared to the ease of the previous free movement into the UK. Similarly, UK citizens will need to be aware of the limitations placed on them in the EU from 1 January 2021 – for example, when traveling to a Schengen Country the time limit is 90 days in a rolling 180 day period (and time spent in any Schengen Country counts).

We look forward to assisting our clients with navigating the tides of change – please get in touch if you have any specific questions or would like to discuss further.

This article was reposted with permission from a WR Global Partner, Eversage Immigration. 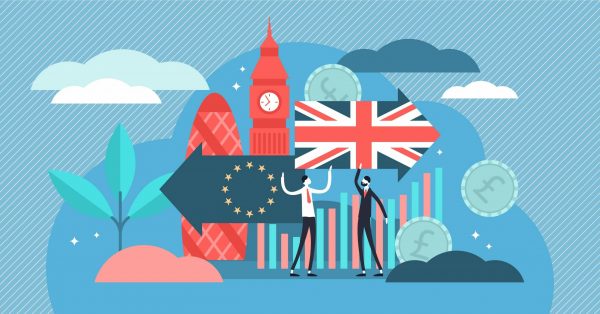 Recently, the Supreme Government Administration of Peru enacted some provisions to prevent and control coronavirus spread in the country. A summary of selected highlights is below. By Ministerial Resolution N° 055-2020-TR, signed by the Minister of Labor, the “Guide for the Prevention of Coronavirus (COVID-19) in the Labor Area” has been approved, with which specific […]

Effective Immediately, all foreign nationals entering Zambia, including those entering as visitors, must have health insurance