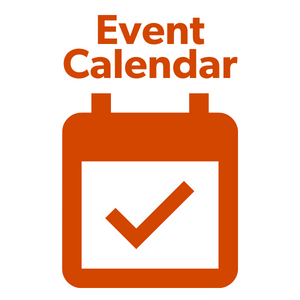 By Laura Bloniarz, Senior Associate, WR Immigration Whether it’s called downsizing, rightsizing, streamlining, layoff, “redundancies”, reduction in force, off-boarding, force reduction, re-engineering – it’s all the same employment action, and any type of non-voluntary termination of employment at your company has an impact on your company’s immigration program. All of these considerations and more are […]

United States
On November 30th, 2022, Who’s Who Legal (WWL) released its 2023 “Thought Leaders: Global Elite” with WR Immigration Managing Partner Bernie Wolfsdorf being recognized. WWL Thought Leaders: Global Elite brings together the insight, expertise and wisdom of some of the world’s foremost lawyers and experts in a single report, featuring Q&As with dozens of eminent practitioners across […]

United States
The Department of Labor (DOL) previously announced that it intends to engage in additional rulemaking concerning the H-2A visa program for the temporary agricultural employment of foreign workers. DOL initially announced it would conduct two public virtual listening sessions to gather input about possible changes to the H-2A regulations. The agency has added two more […]

United States
In this edition, find the latest news on certain Afghan and Ukrainian parolees becoming immediately work authorized, Title 42 being blocked as of December 21, and U.S. Citizenship and Immigration Services’ announcement that it will only be accepting the 8/19/22 edition of Form N-648, Medical Certification for Disability Exceptions. USCIS Says Certain Afghan and Ukrainian […]

Webinar: H-1B Cap Season – How the Current Economic Climate Will Affect this Season

The time for fiscal year 2024 H-1B cap season planning is now! WR Immigration attorneys Miki Kawashima Matrician and Naveen Rahman Bhora speak on the upcoming H-1B cap season and the effects of the current economic climate on it. Topics Covered Include:

United States
By Miki Kawashima Matrician, Co-Managing Partner, WR Immigration Boston As fiscal year (FY) 2024 H-1B cap season begins, many employers are looking to how the current economic climate could affect their immigration plans. Here are a few considerations. For a complete overview, please see a recording of a November 17 webinar from WR Immigration. Watch […]

United States
In this edition, find the latest news on the Department of Homeland Security’s list of countries eligible for H-2A and H-2B programs, the U.S. Customs and Border Protection’s discontinuation of passport entry stamps, the Department of State’s announcement of resumption of interviews for all immigrant visas in Havana, and more. DHS Releases List of Countries […]

WR Immigration attorneys Miki Kawashima Matrician, Melissa Harms, and Julie Galvin continue the conversation offering the latest winning immigration strategies for HR professionals. This time our team discusses U.S. Green Cards strategies and how employers in the biotech industry and how they can adapt their immigration program accordingly. Topics Covered Include:

EB-5 Project Due Diligence, After the EB-5 Reform and Integrity Act of 2022