A great attorney draws upon a wide range of legal tools to develop legal arguments.  They employ impeccable logic and rationale, draw upon compelling facts and data, leverage detailed knowledge of the law and procedure, and use strong communication skills.

Thurgood Marshall, the United States’ first Black Associate Justice of the Supreme Court, distinguished himself as an indomitable legal mastermind in these respects and built a reputation as one of the country’s most skilled attorneys. Marshall attended Howard University School of Law and launched his career successfully arguing ground-breaking legal cases on civil rights issues for the National Association for the Advancement of Colored People (NAACP).  He emerged as the chief architecture behind the NAACP’s legal strategy that overturned segregation and gained prominence for his formidable legal activism.  Notably, Marshall utilized data from diverse sources to craft arguments against the “separate but equal” doctrine that was used to justify segregation in southern states for nearly 100 years.  His arguments showcased the many systematic inequalities and detriments the system created: unequal pay, barriers to adequate housing, inferior accommodations on buses and public transportation, and diminished educational opportunities, to name just a few.  These restrictions did not amount to equal protection under the law as Marshall would argue; an expanded definition of civil rights was needed to protect the liberties guaranteed by the 14th amendment.

Winning 29 of the 32 cases he argued before the Supreme Court, Marshall and his stellar record of legal successes paved a path for desegregation in the United States.  His victories include:

Murray v. Pearson (1935):  Marshall successfully sued the University of Maryland for denying admission to a black law school applicant on the basis of race.

Chambers v. Florida (1940):  Marshall successfully defended four Black men who were coerced by the police into confessing to a murder.

Shelley v. Kraemer (1948):  Marshall successfully argued against racially restrictive property deeds, which forbade the sale of houses and other property to persons of color.

Sweatt v. Painter (1950):  In this case, The University of Texas automatically denied admission to a Black applicant, Herman Sweatt, on the basis of race.  After Sweatt lobbied the state to remediate his rejection, the university tried to offer “separate but equal” accommodations. Marshall challenged the “separate but equal” doctrine and demanded the applicant’s admission to the all-white law school.

Brown v. Board of Education of Topeka (1954): Marshall defended this class-action lawsuit filed by parents whose children were forced to attend segregated schools in Kansas.  The landmark case overturned Plessy v. Ferguson when the Supreme Court ruled that “separate educational facilities are inherently unequal.”

In 1967, President Johnson appointed Marshall as a Supreme Court Justice, a position he would hold for 24 years.  During his appointment, Marshall would continue the fight against discrimination and was a passionate supporter of affirmative action, criminal justice reform, and interpretations favoring the civil rights of minority groups.  In honor of Black History Month, WR Immigration is proud to honor this great legal strategist whose landmark victories were pivotal to desegregation in the United States. 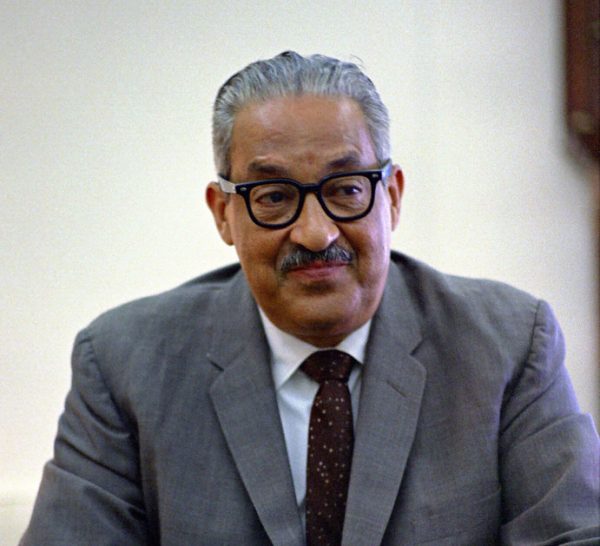 Today we recognize the Indigenous Peoples who have resided on this land for tens of thousands of years and have faced a loss of land, culture, and tradition. Indigenous Peoples day allows Indigenous communities to be recognized and celebrate their vast diversity of unique traditions, cultures, and languages. It is also important to acknowledge and […]

Staying informed and cultivating knowledge is critical to our job as immigration professionals.  At WR Immigration, this pursuit is foundational to who we are as a firm and is a quality we prize in every employee.  We strive to be the leading voice on immigration-related topics by reporting on best practices and regulatory changes across […]