As a part of Black History Month, WR Immigration is releasing a series of posts dedicated to highlight some of the incredible stories of exceptional people from the annals of Black History.

Many are unfamiliar with the story of Charlotte E. Ray, Esq. – the first Black woman to become an attorney in the United States.  Ms. Ray was born in New York City in 1850 and was one of six children. Her father was a prominent Black abolitionist, clergyman, and journalist; her mother played the role of housewife and was devoted to the education of her children. A progressive upbringing instilled the virtues of courage, hard work, and justice in Ms. Ray, who went on to study law at Howard University, a private, historically black research university that was federally chartered during the Reconstruction Era. In 1872, nearly 50 years before women even had the right to vote in the United States, she became the nation’s first Black woman attorney. Her admission to District of Columbia’s Bar followed Arabella Mansfield, America’s first female attorney, by only three years.

Ms. Ray’s childhood values guided her in the legal practice. She championed women’s rights and successfully argued a divorce plea for Martha Gadley, a victim of domestic violence, at the District of Columbia Supreme Court in 1875. Unfortunately, the barriers to women’s advancement in the legal profession were iron clad at that time. Legal associations rarely admitted women into their ranks during the 19th century. Further, Ms. Ray suffered discrimination from potential clients on account of her being both Black and a woman. Nonetheless, she persevered and used her legal training to win suits and advocate for women’s suffrage and racial equality.

Ms. Ray was a fearless and resolute pioneer who refused to let prejudice and intimidation hinder her ambition for a career in law. WR Immigration proudly honors her legacy.

“Ms. Ray faced discrimination throughout her legal career and did not have a thriving legal practice because of the prejudice against Blacks and women. Yet, she is an inspiration to women trying to break through the glass ceiling in their careers. This was a time when women and people of color were not accepted in the legal profession, but Ms. Ray never gave up – she did not accept ‘No’,” said Managing Partner Bernie Wolfsdorf. 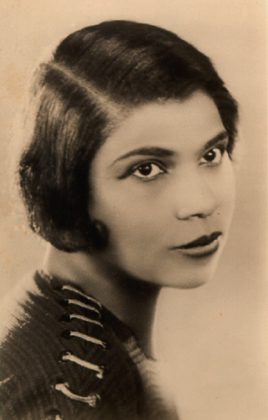 The following is an open to letter that was sent last week to our entire WR Immigration staff from the DEIA committee. We share it here in hopes that its invitation might also prove fruitful to all WR Immigration circles. Dear WR Immigration Family,  We are heartbroken by the mass shootings that have occurred over […]

From the Desk of the Managing Partner: WR Immigration Commits to Reducing Its Impact on the Environment