The International Entrepreneur Rule (“IER”) was created to spur innovation within America as the U.S. competes with other countries to attract entrepreneurs.  The IER provides a temporary immigration benefit pursuant to the Secretary of Homeland Security’s discretionary parole authority at Section 212(d)(5) of the Immigration and Nationality Act (“INA”), 8 U.S.C. § 1182(d)(5) for international entrepreneurs who have invested in start-up companies in the United States and have attracted venture capital or other funding that may benefit the country by adding jobs to the U.S. economy.

While the IER is a step in the right direction to enhance entrepreneurship, innovation, and job creation in the United States through the legal immigration system, additional changes are needed to make it a viable program for international entrepreneurs.  Below is a list of the top five changes needed to the IER.  All of the suggested changes are consistent with President Biden’s Executive Order 14012: “Restoring Faith in Our Legal Immigration Systems and Strengthening Integration and Inclusion Efforts for New Americans,” which requires the Secretary of the Department of Homeland Security (”DHS”) to “identify any agency actions that fail to promote access to the legal immigration system.”

If the goal of the use of this parole authority is to advance a significant public benefit, it is unclear why the source of allowable investment funds into the U.S. company is constrained.  What logic is there in supporting the prohibition of participation by an entrepreneur who can demonstrate potential for rapid business growth and job creation merely because a family member has invested in the company?  The regulation already requires that the “qualified investment” be made from “lawfully derived capital,” and it disqualifies individuals and organizations that have been enjoined from participating in the offer or sale of securities or providing investment advising and related services.  These security provisions should sufficiently address any integrity concerns of DHS.  With such protections in place there is no need to constrict potential development of entrepreneurship by prohibiting a legitimate and not uncommon approach to financing a start-up business – with the help of friends and family.

The definition of “qualified investor” also limits the potential significant public benefit that derives from the IER.  The current regulation requires the investor to be a U.S. citizen or lawful permanent resident (or a U.S. organization majority owned by U.S. citizens or lawful permanent residents), and to have a track record of making investments in start-up entities that have succeeded in creating jobs.  These requirements severely restrict the pool of potential U.S. based qualified investors and limits the development of entrepreneurship.

The regulation requires an entrepreneur to present evidence that each qualified investor has a track record of making successful investments. The evidentiary burden is extremely onerous and requires multiple layers of documentation not only from the entrepreneur’s start-up entity, but from the other businesses the qualified investor(s) helped finance over the preceding five years.

Imagine the conversation between the International Entrepreneur and a potential investor – “I need you to invest a quarter of a million dollars in my company and give me access to the financial and personnel records of the other businesses you’ve invested in over the last five years so that I can prove that at least two of them hired at least 5 full-time US workers each and kept them on the payroll for at least a year, or that at least two of the companies generated at least $500,000 in revenues with average annualized revenue growth of at least 20 percent.”

For each qualified investor, the required supporting documents to support eligibility would easily need to include formation and registration documents, by-laws/operating agreements/limited partnership agreements, Private Placement Memoranda, shareholder records, US passports/LPR cards of qualified investor(s)/owners, as well as business income tax returns, financial statements, quarterly payroll withholding reports, payroll records, W-2s, I-9s and supporting documents, for at least 3 to 4 legal entities if not more. Then multiply this by the number of additional investors needed to reach $250,000.

This was pointed out to DHS in the comments to the proposed rule, but again, DHS demurred.  The preamble to the Final Rule contains the response from DHS, which leaves room for only a glimmer of hope at the end of the commentary, which states:

Comment: Multiple commenters argued that this rule will not necessarily help international entrepreneurs succeed, because there are too many restrictions in place for foreign residents to qualify. One commenter asserted that the rule as proposed is too complex and its goals will be impossible to achieve.

The requirements governing eligibility for consideration for parole under this rule establish a high evidentiary bar that must be met in order to assist DHS in its determination that the individual will provide a significant public benefit to the United States. DHS, however, does not agree with the commenter’s assertion that the requirements are impossible for all entrepreneurs to meet. Given that this is a new and complex process, DHS will consider potential modifications in the future after assessing the implementation of the rule and its impact on operational resources.[1]

Despite the assertions of DHS that the eligibility criteria are not too high, the 2020 USCIS Statistical Annual Report[2] reflected no I-941 international entrepreneur adjudications, which would tend to suggest none were received.

Finally, DHS declined to make changes to the definition of “qualified investor” that would treat funds generated through crowdfunding platforms as another class of eligible investment.  By not including a provision allowing investments made in a start-up entity through an SEC-compliant intermediary like a crowdfunding platform to meet the definition of “qualified investor,” the IER excludes entities specially formed for equity crowdfunding because that new company would not have previously made investments in other start-ups.

IER’s Final Rule requires unnecessary travel outside the United States for IER applicants currently in the United States.  Waiving the requirement of a parolee applicant to depart the United States and re-enter after approval of the parole recommendation by USCIS would reduce administrative limbo, minimize the possibility that U.S. Customs and Border Protection would decline on a discretionary level to parole the entrepreneur into the country or limit the amount of time allowed, and the travel costs and potential risks involved with traveling, despite the fact that USCIS has already granted an approval.  In response to comments to the proposed rule suggesting parole-in-place be applied to the IER, USCIS demurred, stating simply:

DHS appreciates, but declines to adopt, the commenters’ suggestions that parole-in-place be allowed under this rule for individuals already in the United States in H-1B or F-1 nonimmigrant status. Only applicants for admission are eligible to be considered for parole, thus precluding individuals who have already been admitted from being considered for parole inside the United States. See INA section 212(d)(5)(A), 8 U.S.C. 1182(d)(5)(A); see also INA section 235(a)(1), 8 U.S.C. 1225(a)(1) (describing “applicants for admission”). Such individuals are not eligible for parole, regardless of whether they have overstayed their admission, unless they first depart the United States. [3]

The status of an alien who was inspected and admitted or paroled into the United States or the status of any other alien having an approved petition for classification as a VAWA self-petitioner may be adjusted by the Attorney General, in his discretion and under such regulations as he may prescribe, to that of an alien lawfully admitted for permanent residence if:

(1) the alien makes an application for such adjustment,

(2) the alien is eligible to receive an immigrant visa and is admissible to the United States for permanent residence, and

(3) an immigrant visa is immediately available to him at the time his application is filed.

Most importantly, the IER fails to provide international entrepreneurs with the peace of mind that one’s investment of time, effort, money, and leadership in the U.S. start-up could lead to permanent resident status in the United States.  DHS should allow individuals who maintain the requirements under the IER for the initial and re-parole periods to “bridge” into an explicit criterion of eligibility in an employment-based permanent residence category, such as the EB-2 National Interest Waiver, though this may require congressional action.  USCIS could nonetheless adopt the policy that its finding that an individual’s parole as an international entrepreneur would provide a significant public benefit shall be considered strong evidence that waiving the job requirement at INA 203(b)(2)(A) would be in the national interest.

[2] Available at: https://www.uscis.gov/sites/default/files/document/reports/2020-USCIS-Statistical-Annual-Report.pdf (last visited July 19, 2021). (back to citation)

WR Immigration would like to thank the AILA EB-5 committee for their contributions to this article.

Should you have follow-up questions on this article, we encourage you to contact the main contributor, WR Immigration Partner Joseph “Joey” Barnett. 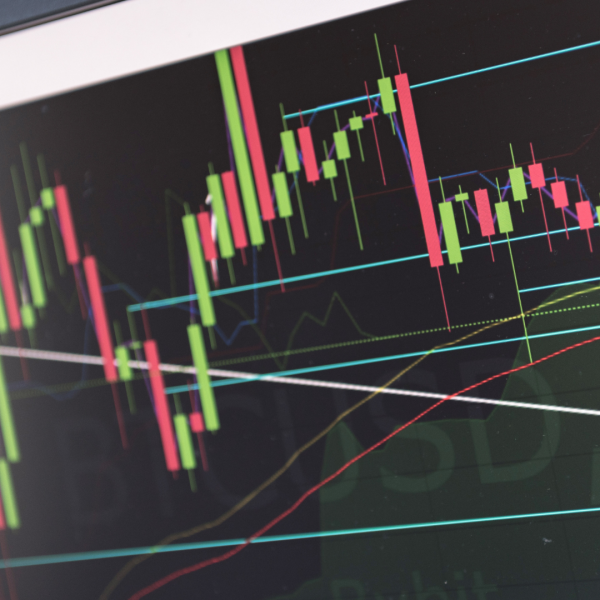 The EB-5 Regional Center program continues to lapse as the U.S. Congress sifts through legislative priorities like the President Biden’s “Build Better Back” bill, the defense budget, the debt ceiling, and others.  It is beyond frustrating for many who have been waiting anxiously since June 30, 2021, for reauthorization. Bernie Wolfsdorf, WR Immigration’s Managing Partner, […]