Ten Things to Know About the Israeli E-2 Investor Visa

By: Joseph Barnett and Avi Friedman

Earlier this month we blogged about the long-awaited E-2 Treaty Investor visa for Israeli nationals, with starting availability as of May 1, 2019, and its basic eligibility requirements.  For those with an entrepreneurial spirit, the E-2 Treaty Investor visa provides a relatively simple path to start, invest in, and manage a U.S. company; yet, there are complex nuances to this visa category that demand the attention of an experienced business immigration attorney specializing with E-2 Treaty Investor visa consular processing, especially after the implementation of President Trump’s Executive Order on Buy American Hire American (“BAHA”), which was intended to “create higher wages and employment rates for workers in the United States, and to protect their economic interests.”  Submitting a well-documented visa application is critical to make it easier for U.S. consular officers to adjudicate the visa.  Here are 10 things to know about the E-2 Treaty Investor visa.

1. Nonimmigrant Visa. The E-2 Treaty Investor visa allows Israelis to be admitted to the United States after investing a substantial amount of capital in a U.S. business on a nonimmigrant basis – meaning that the E-2 Treaty Investor visa does not provide for a U.S. green card (though, in certain circumstances, it can be converted into an EB-5 green card).  A nonimmigrant visa is issued to individuals with a permanent residence outside the United States who wish to be in the U.S. on a temporary, limited purpose – in this case, to direct and develop the U.S. enterprise.  Certain employees (those that will assume an executive/supervisory position or possesses skills essential to the firm’s operations in the United States) of such a person or of a qualifying organization may also be eligible for this classification.

2. No Numerical Limitations. Unlike some nonimmigrant visa categories (such as the H-1B) or employment-based immigrant visas, there are no numerical limits on the number of E-2 visas issued each fiscal year.  Over 60,000 E Treaty visas were issued in Fiscal Year 2018.

3. Period of Stay and Extensions of Status. It appears that an Israeli E-2 Treaty Investor will be able to be issued up to 5-years (on a multiple entry basis), meaning no need to return to a U.S. consular post during that visa’s validity.  E-2 Treaty Investors are provided a maximum initial stay of two years by U.S. Customs and Border Protection; if there is international travel, that two-year period starts over upon re-entry.  If no international travel, an E-2 Treaty Investor can file unlimited requests for extensions of stay which may be granted in increments of up to two years each, if the E-2 Treaty Investor remains eligible.  An E-2 nonimmigrant who travels abroad may generally be granted an automatic two-year period of readmission when returning to the United States, as long as the nonimmigrant visa remains valid upon re-entry.

4. No Minimum Investment Amount. There is no set minimum dollar amount of investment to be considered “substantial” for E-2 Treaty Investor visa purposes.  Instead, the U.S. consular officer weighs the amount of qualifying funds invested against the cost of the business.  For new companies, an E-2 investor will need to expend investment capital to the extent it is needed for the business to be operational.  While there is no “bright line” that must be crossed, the lower the cost of the enterprise, the higher, proportionately, the investment must be to be considered substantial. For example, a manufacturing business, such as an automobile manufacturer, might easily cost many millions of dollars to either purchase or establish and operate the business; on the other hand, the cost to purchase an on-going commercial enterprise or to establish a service business, such as a consulting firm, may be relatively low.

5. Enterprise Must Be More than Marginal. A marginal enterprise is an enterprise that does not have the present or future capacity to generate enough income to provide more than a minimal living for the treaty investor and his or her family.  An enterprise that does not have the capacity to generate such income but that has a present or future capacity to make a significant economic contribution is not a marginal enterprise.  The projected future capacity should generally be realizable within five years from the date the investor commences normal business activity of the enterprise.  Coordination between the investor, the U.S. immigration attorney, and a business plan writer is critical to ensure compliance with E-2 regulations and BAHA.

6. Employment Authorization Document for Spouse. E-2 Treaty investors and employees may be accompanied or followed by spouses and unmarried children (who are under 21 years old).  Their nationalities need not be the same as the treaty investor or employee.  These family members may seek E-2 nonimmigrant classification as dependents and, if approved, generally will be granted the same period of stay as the investor/employee. Spouses of E-2 workers may apply for employment authorization by filing Form I-765 with fee to work freely in the United States.

7. Benefits for Privately-Owned Israeli Companies. The principal employer does not need to be an individual.  As long as the E-2 enterprise is owned by a company that’s owned at least 50% by Israeli nationals, an employee of a treaty investor must be engaging in duties of an executive or supervisory character, or if employed in a lesser capacity, have special qualifications.  However, if the owners of the E-2 enterprise are not in the United States, they must be, if they were to seek admission to the U.S., classifiable as nonimmigrant treaty investors.  Particularly after BAHA, consular officers are looking at whether those employees with special qualifications are essential to the E-2 enterprise, and for how long.

8. Change of Status from H or L Visa Category to E Visa Category. It may be advisable for U.S. companies sponsoring Israeli nationals currently on an H-1B specialty worker or an L-1 visa as an executive, manager, or a worker with specialized knowledge to apply to change to an E-2 Treaty employee.  Since BAHA, the U.S. government (and USCIS) has become more unfriendly H and L visa holders, particularly for small businesses, and has increased the number of inspection and fraud officers.

9. Opening the Door to Israelis. The E-2 Treaty Investor visa provides additional flexibility to relocate more Israeli nationals to the U.S.  For example, an Israeli without a bachelor’s degree may not be qualified for an H-B visa, an Israeli who has not been employed for a Israeli company for at least one-year abroad is not qualified for an L-1 visa.  With less restrictive requirements, the E-2 Treaty Investor visa provides additional options to transfer “non-traditional” talent to the U.S.

10. Applying at the U.S. Embassy Branch Office in Israel. The U.S. Embassy Branch Office in Tel Aviv currently accepts applications submitted on behalf of Israelis who hold dual citizenship with countries that maintain an investor treaty with the United States.  Starting May 1, 2019, they will also accept E-2 visa applications from those with just Israeli citizenship.  Applications must be prepared and submitted in a particular manner to ensure that the visa interview is scheduled in a timely basis (current processing time of two to three weeks).  Applicants are then required to attend an in-person interview where they will need to discuss details of the business and investment, the business plan, and the investor’s/employee’s professional experience. Preparing for the E-2 visa interview and understanding how to answer the consular officers’ questions are just as important as the submission of the paper documents.  E-2 visa applicants have the option of in-person attorney representation inside the Embassy for the first scheduled E-2 visa interview. 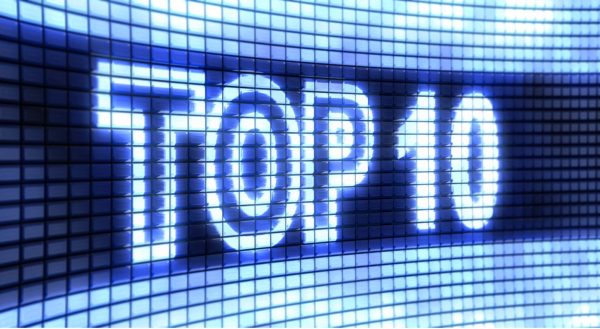 by Avi Friedman and Bernard Wolfsdorf This travel advisory summarizes the main issues and requirements for foreign nationals who plan to travel outside the U.S. to make ensure reentry is as seamless as possible. If unclear, or if your specific situation needs attention, please check with your Wolfsdorf Rosenthal LLP professional prior to departure. Simply […]

USCIS processing of Forms I-829 Petition by Investor to Remove Conditions on Permanent Resident Status has taken a turn for the worse, and conditional green card holders are suffering with the bureaucratic challenges that arise from USCIS’ delays, which damage their ability to live in the United States and fully derive the benefits of their […]