In Canada, the starting point to obtain a work permit as a foreign national is a labor market impact assessment (LMIA). This requires a Canadian company to demonstrate that they advertised the position and that Canadian citizens and permanent residents were given a reasonable opportunity to apply for the position. Until recently, one of the most popular exemptions from advertising to support an LMIA application was the Owner Operator category. Where a foreign national owned more than 50 percent of a Canadian company, no advertising was required, and the Canadian company merely had to establish that the impact of hiring the foreign national would have a neutral or positive impact on the Canadian labor market and that the job offer was genuine.

The Entrepreneur permanent residence category was eliminated approximately two decades ago. Since then, many of the provinces have designed entrepreneur programs, but these provincial programs typically require a minimum investment and creation of jobs in Canada and often take months to be approved. Accordingly, in the absence of a true entrepreneur program, the Owner Operator LMIA provided a path for many self-employed business entrepreneurs to initially come to Canada to work, gain Canadian experience working for a Canadian company, and then ultimately apply for permanent residence under the Express Entry path.

What options remain for entrepreneurs hoping to come to Canada and start a new business?

Recently, Immigration, Refugees and Citizenship Canada (IRCC) launched the Start-Up Visa Program. This program requires foreign nationals to secure financial backing from a designated angel fund or venture capital funds or the support of a business incubator. The Start-Up Visa Program has been underutilized, likely because entrepreneurs are not interested in sharing their business ideas or ownership in their future business.

With the elimination of the Owner Operator LMIA and limitations with the Start-Up Visa, C-11 work permit, and provincial programs for entrepreneurs, Canada is missing out on the potential to attract entrepreneurs. Given that it is well-established that new immigrants are often risk-takers and therefore make good entrepreneurs, this could have a negative long-term impact on Canada’s immigration program and economy. This is particularly relevant in light of estimates of approximately a trillion dollars’ worth of small and medium-sized businesses in Canada that are owned by baby boomers who are set to retire within the next 10 years. So far there has been no indication IRCC plans to develop more policies and programs to create paths for entrepreneurs. 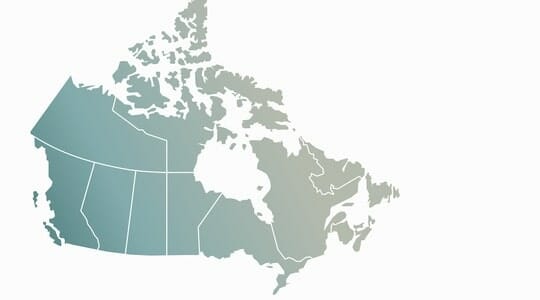 Visa officials at the Ministry of Foreign Affairs have advised that work visit visas to the Kingdom of Saudi Arabia are no longer available. Those currently in the Kingdom under these visas are free to remain through the expiration date.  While they are free upon return to their home country apply for a new work […]

Effective January 1, 2020, the minimum monthly salary for foreign workers in the Czech Republic will increase to CZK 14,600, up nine percent from 2019.