WR Immigration continues to celebrate Hispanic Heritage Month by recognizing the contributions of two more trailblazers from within the community. Today we bring to light the exceptional political and economic accomplishments of Ileana Ros-Lehtinen and Maria Contreras-Sweet.

Starting her life in America as a seven-year-old refugee from Havana, Cuba, Ileana Ros-Lehtinen emerged as a powerful figure in the political sphere. She began her path to prominence by receiving her Bachelor of Arts in education and her Master of Arts in educational leadership from Florida International University and then attended the University of Miami to get an Ed.D in higher education. In Ileana’s early career she was an educator of a private school in Miami-Dade County where she routinely served as a liaison for immigrant parents needing assistance translating forms and navigating the complexities of the U.S. government.

Ileana’s list of political achievements began in 1982 when won a seat in the Florida House of Representatives, becoming the first Hispanic woman to serve in the state legislature. Her political journey did not end there, and she was elected to the Florida senate in 1986. Only three years later, Ileana was once again making political headlines when she made history by becoming the first Cuban American elected to the U.S. Congress.

Born in Guadalajara, Mexico, Maria Contreras-Sweet immigrated to Los Angeles, California, when she was only five years old. Maria went on to earn a bachelor’s degree from California State University, Los Angeles. Starting her long lasting and successful career in business, she was named as the Director of Public Affairs for Westinghouse’s 7-Up/RC Bottling Company. She would eventually rise to Vice-President of Public Affairs for the company.

Maria also started the Contreras-Sweet Company, a marketing and research consulting firm with a specialization in the Latino market, that landed clients like the Coca-Cola Company, the Walt Disney Company, and Sempra Energy. However in 2006 Maria first began making headlines when she became the Founding Chairwoman of the first Latino-formed commercial bank in California in over 35 years, ProAmérica Bank.

Through an extensive career in the private sector, Maria was able to transition to the political sphere through her various appointments. She again turned heads when she was appointed by Governor Gray Davis to be Cabinet Secretary of the California Business, Transportation and Housing Agency (BTH), becoming the first Latina to be named Cabinet Secretary in United States history. This would eventually lead to January 15, 2014, when she was nominated by President Barack Obama to join his Cabinet as head of the Small Business Administration.

WR Immigration is proud to close its celebration of Hispanic Heritage Month with such triumphant immigrants who have brought real change to America. Both Ileana Ros-Lehtinen and Maria Contreras-Sweet are noble role models and inspirations to each and every member of the WR Immigration staff. 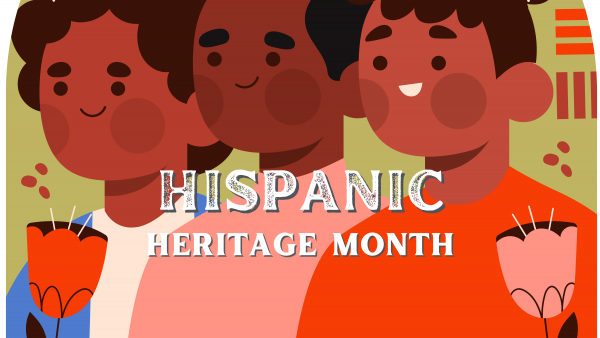 Women have always played a vital role in building America, yet their accomplishments have too often gone unnoticed.  Learning about the women who history overlooked allows us to deepen our gratitude for the trailblazers who sacrificed so much to contribute to the improvement of our society. It also allows us the space to challenge misconceptions […]

WR Immigration Strategy and Innovation Partner, Charina Garcia, has been asked to join the “Tell Your Story” speaker series, which features a diverse round table panel hosted by Prosper Marketplace and is streaming live on November 3, 2021, at noon PST. This continuing series is part of Prosper’s Employee Resource Group (ERG), African American Awareness […]