Indian citizens with the goal of relocating to the U.S. are faced with procedural hurdles that increase the difficultly of living and working in the U.S.  Students applying for H-1B visas are subject to an H-1B lottery with poor odds, forcing them to return home at the end of their Optional Practical Training period. Those lucky enough to make it through the lottery and have an employer willing to sponsor them for a green card face massive backlogs in the EB-2 and EB-3 categories creating decades long waits. The EB-5 program presents a number of solutions to these issues.

The EB-5 program offers permanent residency to foreign nationals who invest at least $500,000 into a U.S. business that creates 10 full-time jobs for American workers.  The investor’s spouse and unmarried children under 21 years of age are also eligible to receive green cards through the same investment. Each investor must prove that the funds used to invest in the EB-5 project originated from a lawful source.

Immigrating to the U.S. continued to be difficult in 2018, with more restrictions expected in 2019. Due to these challenges, Indian applicants filed more EB-5 applications than any other country in 2018. Here are five updated reasons why EB-5 may be an especially attractive option for Indian citizens right now:

1. EB-5 backlog expected to begin in 2019. As of the January 2019 Visa Bulletin, the EB-5 category is still the only current category for Indian applicants.  However, as we have reported in the past, this will not continue much longer.  With the significant increase in Indian EB-5 filings, a backlog in this category is expected to begin no later than July 2019.  But, the longer one waits to get in line, the longer the EB-5 backlog will be.

2. Shorter wait times for persons chargeable to the Indian quota. The anticipated EB-5 backlog will be significantly shorter than the Indian EB-2 or EB-3 backlogs.  For those with later EB-2 or EB-3 priority dates, EB-5 is likely a much faster option. Determining which preference category will be faster is difficult and depends on many different variables.

3. Avoid the H-1B visa. Obtaining an H-1B visa is as hard as it has ever been, with even strong cases receive gnarly Requests for Evidence and denials at increased rates. Spouses on H-4 visas who have been issued work authorization will likely see that benefit eliminated as well. Permanent residents through EB-5 do not need employer sponsorship, so they are more attractive to U.S. employers and enjoy greater freedom of career movement.

5. The EB-5 Regional Center program must be extended once government shutdown ends. Although we expect the Regional Center program to be reauthorized again as it has since 1990, both Congress and DHS have proposed a number of changes to the program. Legislative proposals would raise the minimum investment amount to $925,000 but DHS regulations would raise the minimum investment amount to $1.35 million.  Without legislation, the proposed regulations are moving forward, with enactment previously planned for 2018 and already overdue.  Therefore, it may be more expensive to apply through the EB-5 program in the near future.

The EB-5 program offers a unique opportunity that avoids many challenges of employer sponsorship. With significant immigration changes on the horizon, Indian applicants should seriously consider EB-5 before it becomes more expensive and subject to a longer visa backlog. 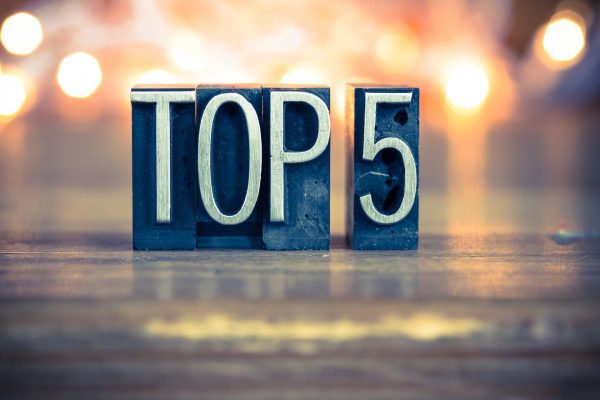 The International Entrepreneur Rule (“IER”) was created to spur innovation within America as the U.S. competes with other countries to attract entrepreneurs.  The IER provides a temporary immigration benefit pursuant to the Secretary of Homeland Security’s discretionary parole authority at Section 212(d)(5) of the Immigration and Nationality Act (“INA”), 8 U.S.C. § 1182(d)(5) for international […]

USCIS processing times have been frustratingly long and made even worse due to COVID-19. Unfortunately, the delays are now getting longer and adversely impacting the lives of employers, employees and families. As a result, more immigrants are turning to the courts for a solution. The judicial system can provide relief when experiencing unreasonable delays for […]